Login with your NEDA account. If you don't have one when you signup for a walk, we'll create one for you.

You can also register for a new account or recover your username or password if you've forgotten on the NEDA site.

If using a mobile device, download the free GoToWebinar app in advance. For an optimal audio experience, headphones are recommended for those viewing from a mobile device. 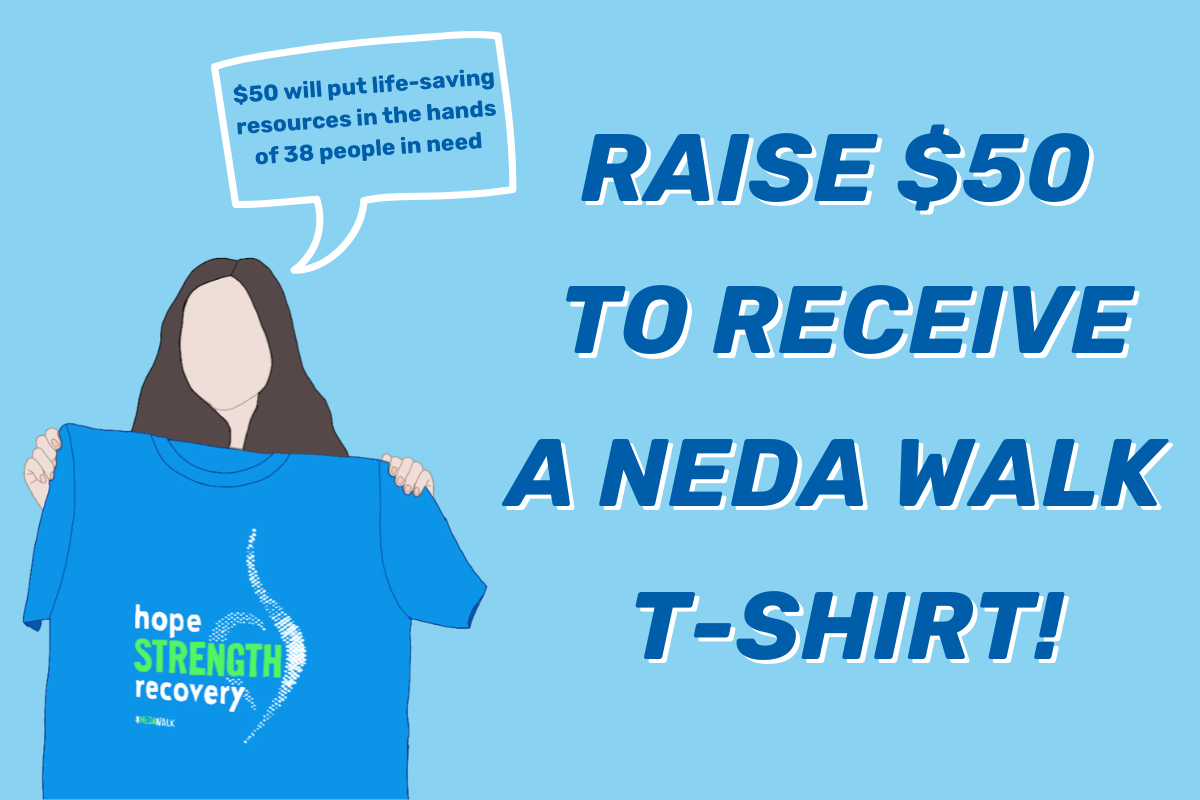 An AerieREAL role model and brand ambassador for both the National Eating Disorders Association (NEDA) as well as L’Oreal’s Prince’s Trust, Iskra has become “the millennial poster girl for positivity” (Harper’s Bazaar UK, 2018). Her candid discussions regarding her own journey of self-love and challenging current media representation for men and women can be found in publications such as Time, Huffington Post, and SELF Magazine; as well as earning her a spot on BBC World’s 100 Most Influential Women. With her recent foray into production, Iskra has garnered massive attention for her Mirror Challenge. The Facebook Watch series has inspired nearly 4 million viewers with topics ranging from infertility to finding inner strength in the face of bullying. Her continued advocacy for diversity in media along with her focus on mental and physical wellness have made Iskra a go-to for those seeking upliftment, authenticity, and infectious self-empowerment.

Nia is an eating disorder recovery and mental health advocate. She has spent much of the past 3 years documenting her recovery from bulimia, ocd, ptsd, and bipolar disorder on Instagram and her blog. It is her personal goal to become a therapist and work with people with eating disorders and co-occurring disorders. She posts on Instagram @thefriendIneverwanted and blogs at thefriendineverwanted.com She has also started a brand new podcast called Body Trauma which you can find online at bodytraumapod.com You can also find Nia’s body positive and self care artwork in her Etsy Shop, The Dapper Dolphin.

When Sam Dylan Finch launched his blog in 2014, he had no idea what was about to happen: Within a few short months, Let's Queer Things Up! would amass millions of readers worldwide. With a passion for world-changing media, Sam has since leveraged his influence to tackle topics like eating disorder recovery, LGBTQ+ identity, suicide awareness, body positivity, and more. Featured by publishers like Bitch Magazine, Bustle, and Healthline as a must-follow influencer, Sam brings his lived experience and social media savvy to empower his readership, including his combined following of over 75,000 users across Twitter, Instagram, and Facebook.

Dr. Samantha DeCaro, PsyD is the Assistant Clinical Director at The Renfrew Center of Philadelphia and a licensed Clinical Psychologist in the state of Pennsylvania. Dr. DeCaro received her undergraduate degree in Psychology at LaSalle University, and her Doctoral degree in Clinical Psychology at the California School of Professional Psychology in San Diego, CA. Dr. DeCaro provides both clinical supervision and training to primary therapists, counselors, and post-doctoral residents at Renfrew’s residential treatment facility in Philadelphia. She has been featured in the media as an eating disorder expert on various television & radio programs, podcasts, and online magazines.

Dianne Bondy is a social justice activist, author, accessible yoga teacher, and the leader of the Yoga For All movement. Her inclusive approach to yoga empowers anyone to practice—regardless of their shape, size, ethnicity, or level of ability. Dianne is revolutionizing yoga by educating yoga instructors around the world on how to make their classes welcoming and safe for all kinds of practitioners. Dianne’s commitment to increasing diversity in yoga has been recognized in her work with Pennington’s, Gaiam, and the Yoga & Body Image Coalition, as well as in speaking engagements at Princeton and UC Berkeley on Yoga, Race, and Diversity. Her writing is published in Yoga and Body Image Volume 1, Yoga Renegades, and Yes Yoga Has Curves.

Founded in 2013, Backtrack is quickly defining itself as a powerhouse a cappella group throughout its hometown, New York City, and beyond. This five member group performs a variety of music, with an emphasis on covers of today's top pop music. Backtrack was originally formed to produce YouTube videos, and since its founding, the group has gained over 10 million views and 110,000 subscribers. Expanding from it's YouTube origins, Backtrack now performs live at music halls, universities, festivals, high schools and private functions. They create impressive covers of past and present pop music, write inspiring original compositions and dare to take on unexpected genres such as classical and electronic music.

Tiff McFierce moves any crowd with her wide range knowledge of music. This DJ and media personality has been heard by thousands on Sirius XM satelite radio, in the Mercedes-Benz Superdome, and is the first woman and woman of color to assist with the musical direction and DJ at The World’s Most Famous Arena-Madison Square Garden!

No stranger to the stage, Tiff McFierce has been a trained dancer since age 6. As a professional dancer, Tiff has performed on countless stages, along with internationally performing in London for Hackney Festival, and Spain, and has worked with artists and companies such as 50 Cent, Sony Music Group, and some of the most proclaimed choreographers in the business. Tiff McFierce pushing the envelope with her sound. From hip hop, to soul, dance music and pop- Tiff fuses her influences with the popular sounds of today, always giving her eclectic crowd a great time to enjoy. Tiff McFierce is one of the most sought after entertainers for the industries top brands and venues.

Thank you to our sponsors

This sponsor section is to acknowledge the financial support of our sponsors. Neither this section nor any other listings or signage seen at the walk is intended in any way as an endorsement of the companies listed, their products or services.

We were unable to subscribe the address you entered.

If you have already signed up for an account you can change your email subscription options in your existing profile, or you can sign up for a new account.